We'll draw models to help us understand the problem better. We'll start by drawing the model to show the 2nd equation.

The pink cone is bigger than the blue cone by 6. 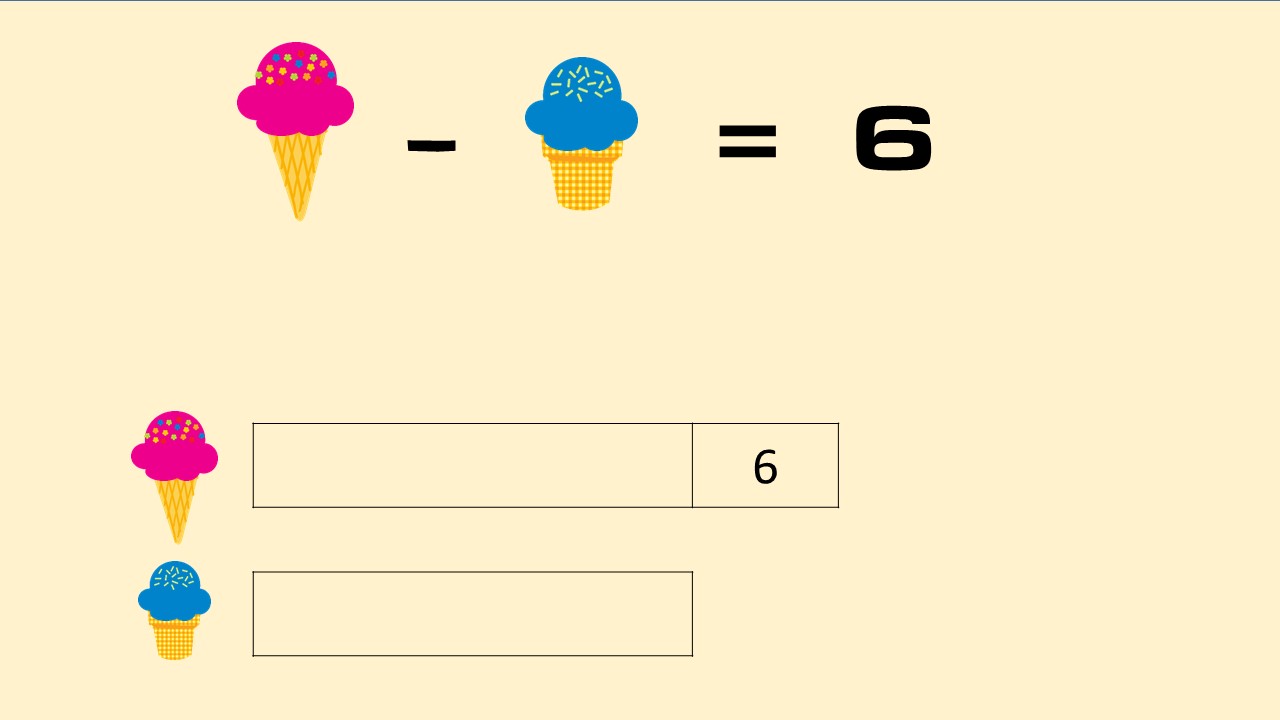 Now we'll draw the model to show the first equation.

We stack the models vertically so it's easier to see the two extra 6s.

When drawing models remember these tips: 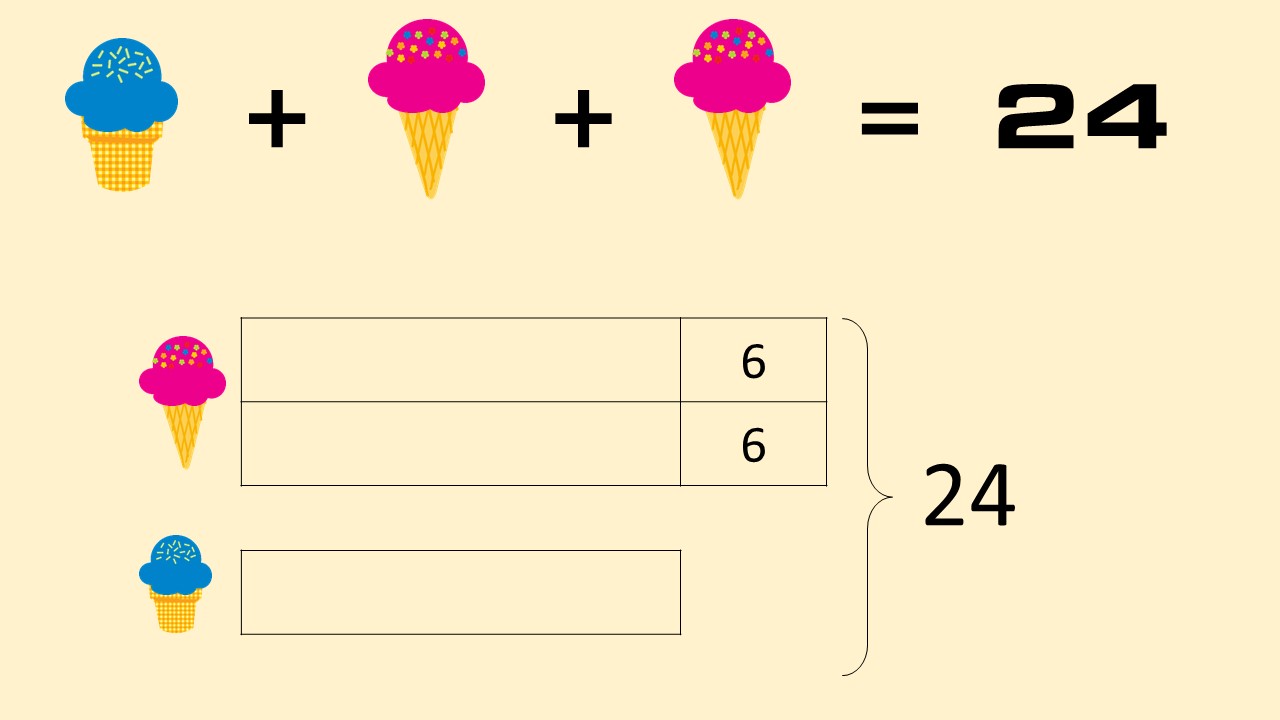 In basic Math we only have 4 different operations to use: add, subtract, multiply or divide.

From the model we can see that we cannot use division because the numbers are not all equal.  To get around this, we remove the extra 6s from the pink cone.

We then need to adjust the total. 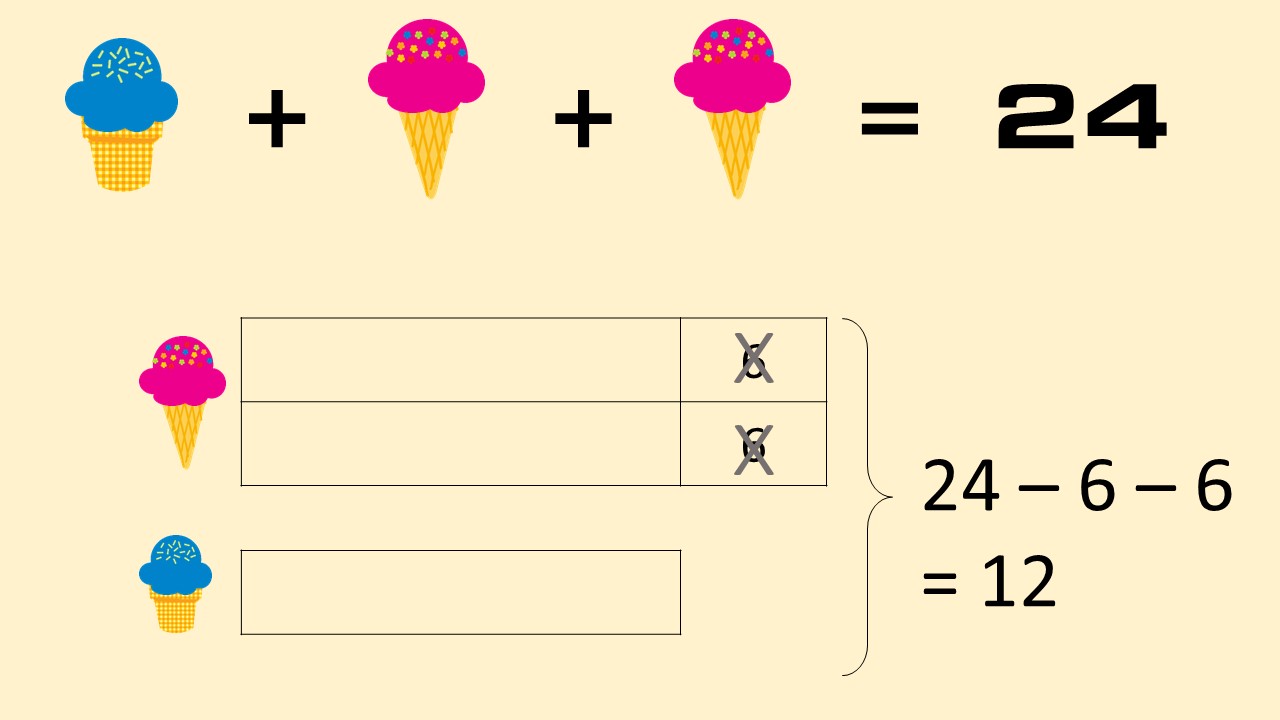 Now all the numbers are equal. 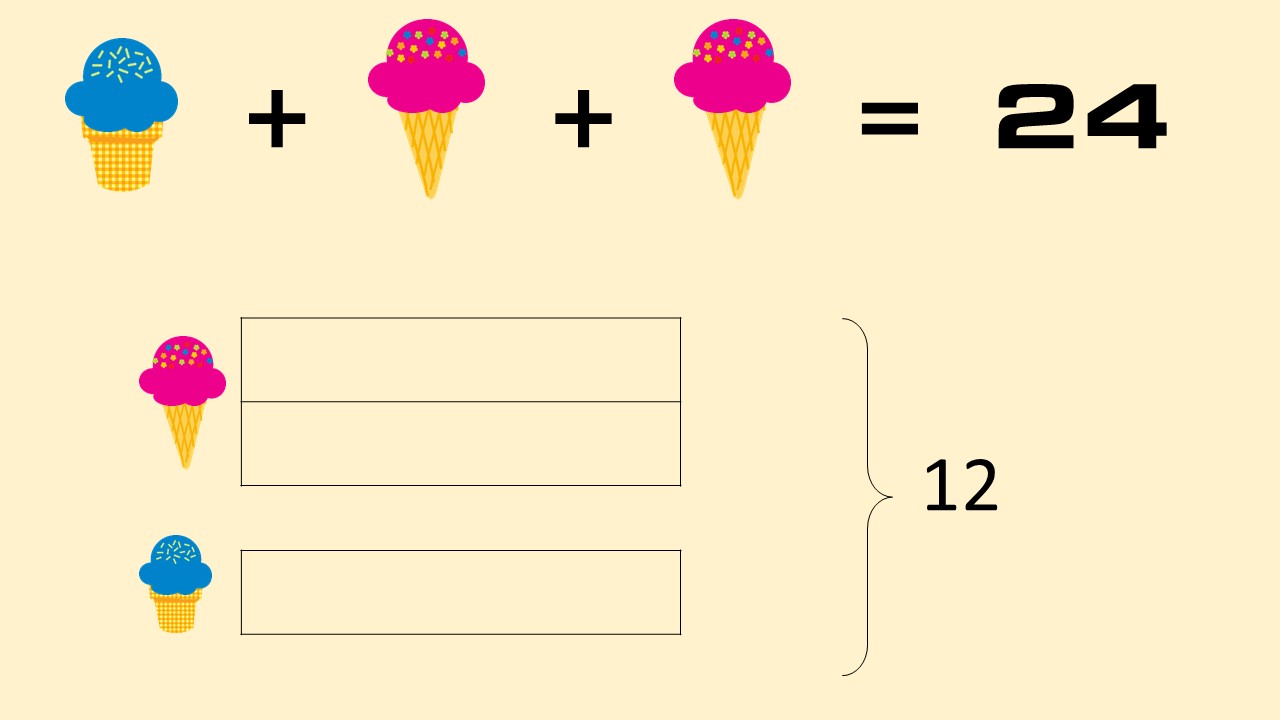 Each part is 4.  This is the number represented by the blue cone.

The blue cone represents the number 4. 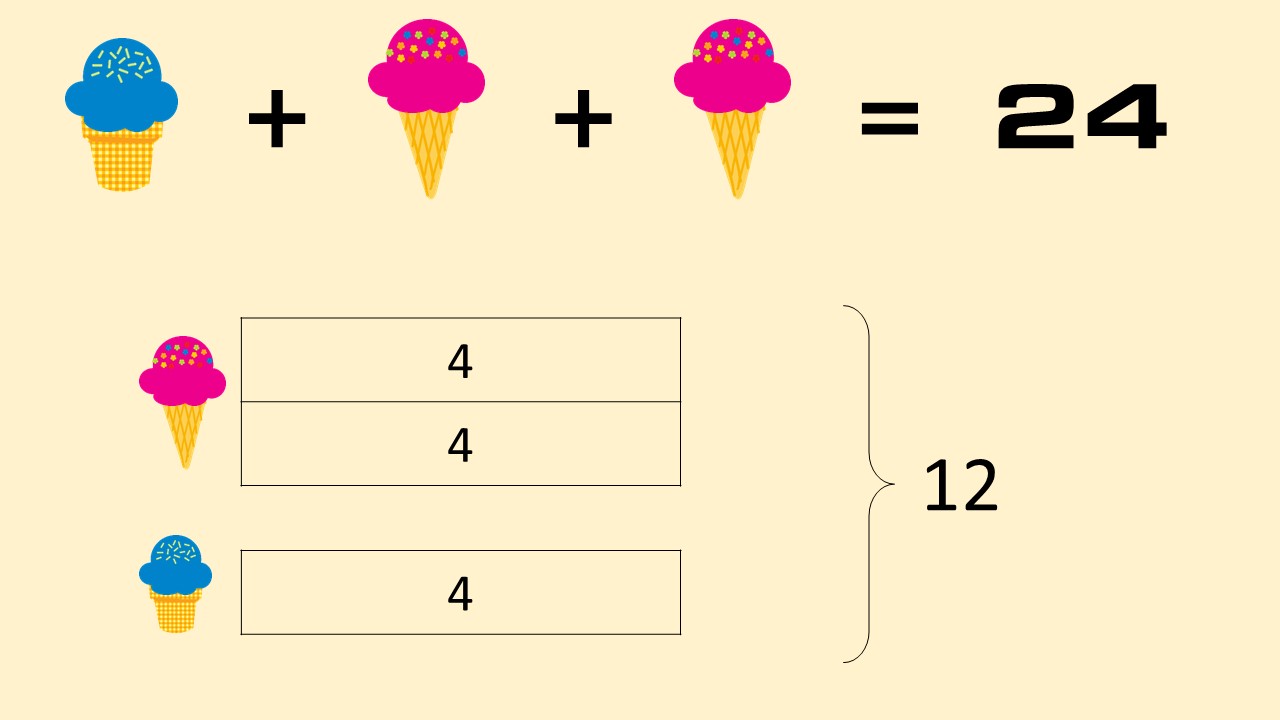 Remember that the pink cone is greater than the blue cone by 4.

So the number represented by the pink cone is 10. 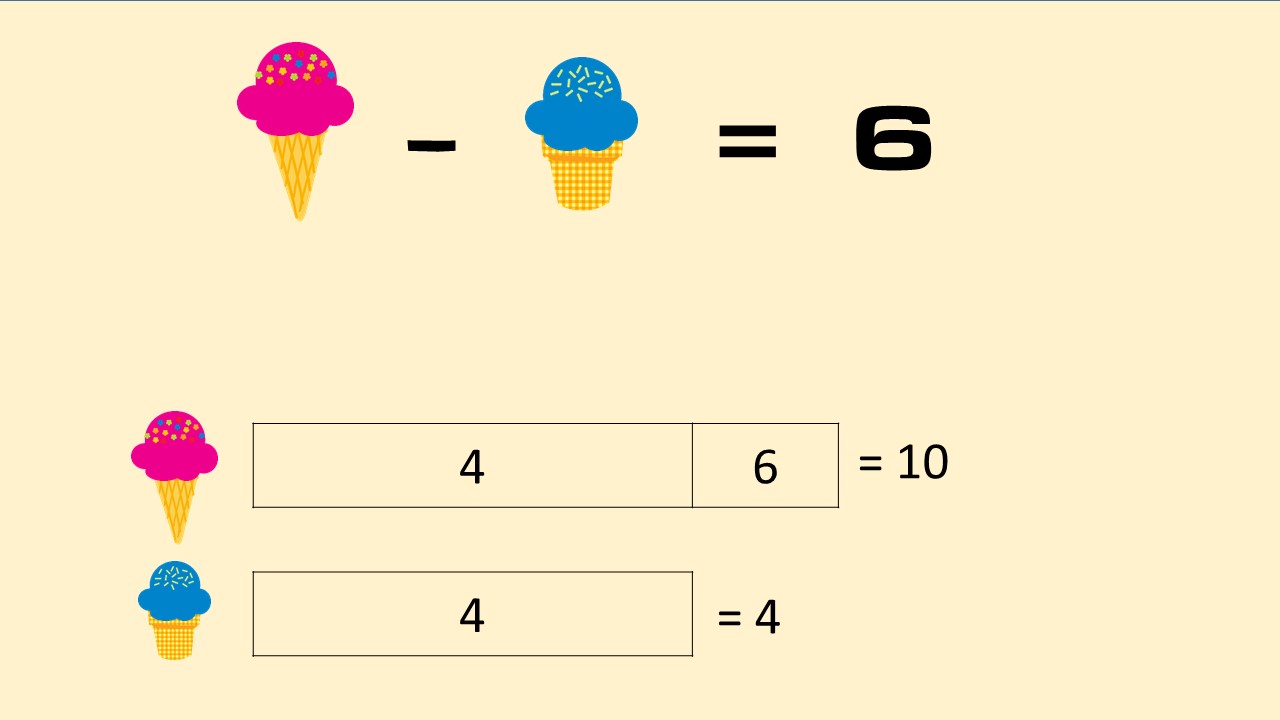