After teaching your child about addition, subtraction, multiplication and division, it is time to teach fractions.

Fractions as Less than a Whole

The usual way of looking at fractions is as smaller than a whole. For example, if you have one pizza - that is called one whole.

Now you cut the pizza into smaller sections, each section becomes a fraction of the whole pizza. So a fraction is smaller than a whole.

The important thing to remember when you cut the whole into smaller sections is each section must be of the same size.

This basic concept of a Fraction is easy to understand but it is only the first step in understanding what a fraction is. 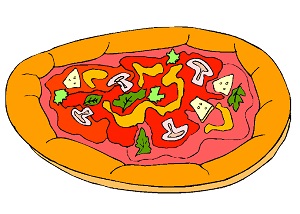 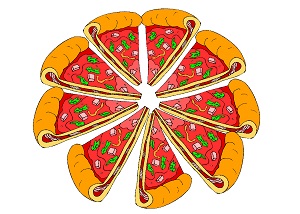 Whole numbers are the numbers that we know: 1, 2, 3 and so on.
Fractions are numbers that are written in 2 parts: a numerator and a denominator, separated by a line called a vinculum. 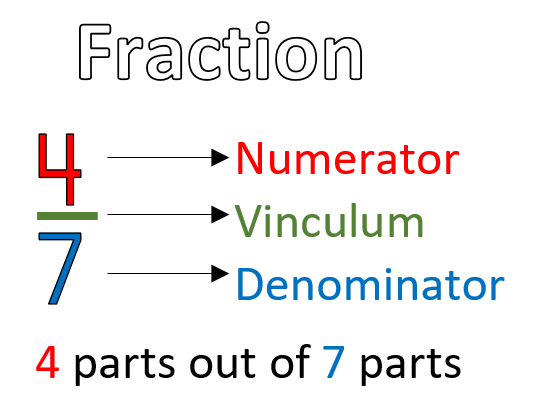 The denominator of the fraction tells us how many total parts the whole number is cut into. The numerator tells us the number of parts we want. So half
means we cut the whole into 2 equal parts but we only want 1 part of it. 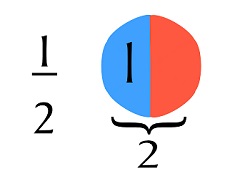 Here's another way of looking at fractions:

From this concept, we can see that when the numerator and denominator is the same number, it means we want the whole thing.

The following worksheets on Fractions will help your child better understand the concepts. Your child will remember the concepts better with regular practice.

The way to name a fraction is to say the numerator as a number (one, two, three...)  and the denominator as a positional number (third, fifth, sixth, seventh...). 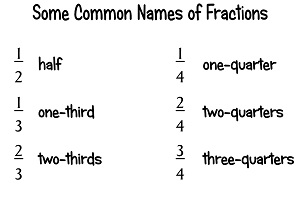 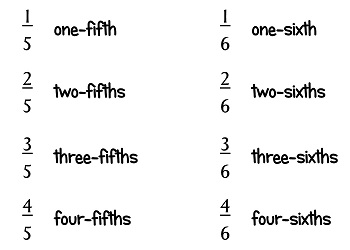 Here is a free resource for you to practice matching fractions with your child. 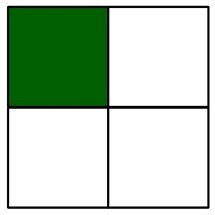 Print and cut out the cards. There are two sets; one set with clues and one set without clues.

Fractions with the same denominator are also called Like Fractions, meaning the denominators are alike.

It is easy to compare, add and subtract Like Fractions.

When fractions have the same denominator, they can be added easily. 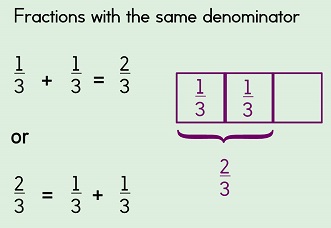 Here is a simple game to help your child understand this concept. Put five counters, buttons or small objects into a box. Ask your child to take out two-fifths of the objects. The box represents one whole. Remember to use objects that are identical.

Now do it the other way around: pick out three items out of five and ask your child for the fraction of items picked out.

After your child has mastered the concept, you can introduce adding and subtracting fractions of the same denominator. Encourage your child to use the box of items to help him or her figure out the answers.

Fractions with Different Denominators (Unlike Fractions)

Fractions with different denominators are also called Unlike Fractions.

When looking at fractions with different denominators it is very important to realize that the total size of both fractions must be the same.

This idea is very important when it comes to understanding Equivalent Fractions.

Fraction of a Group

Fraction of a Group  Practice Cards

A fraction is also a type of division. Instead of applying fractions to one whole, we can apply fractions to a group of items. For example, half of six toys would mean three toys.

Just like in division, we start with the total, then we divide the total into groups or portions. Unlike a fraction of a whole, in this case, the quantity in each group must be equal, not the actual size of whatever we are dividing.

It is important to note that in dividing of a group, the fraction itself must be considered in relation to the group. This means that even though the fraction is
the same, the actual quantity may be different. Let's look at the following problem.

Question:
Melody has $4 and Cindy has $12. Melody spent three-quarters of her money while Cindy spent one-quarter of hers. How much did each girl spend?

Answer:
When you look at the fractions alone, three-quarters is bigger than one-quarter so you would think that Melody spent more money than Cindy. But when you work out the exact amount of money each girl spent, you would realise that they both spent $3. 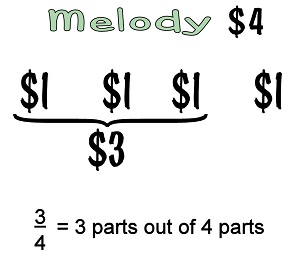 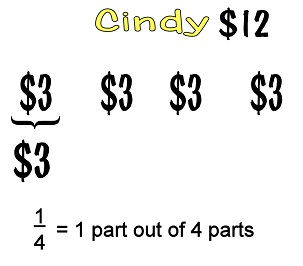 Get Fractions Task cards to practice with your child. 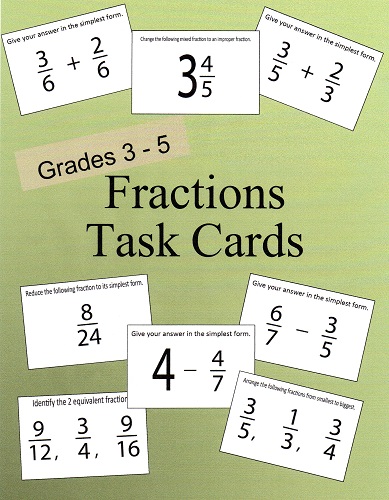 How to Add Fractions