Algebra is about using pictures or letters to represent numbers. It is about stating a relationship between different numbers.

For example, if N represents a number, then N + 9 is the number that is 9 greater than N.

Here are some worksheets to help young students understand the concept of Algebra.  We use pictures instead of letters.  The pictures help the student to focus on the operation - addition, subtraction, multiplication and division. 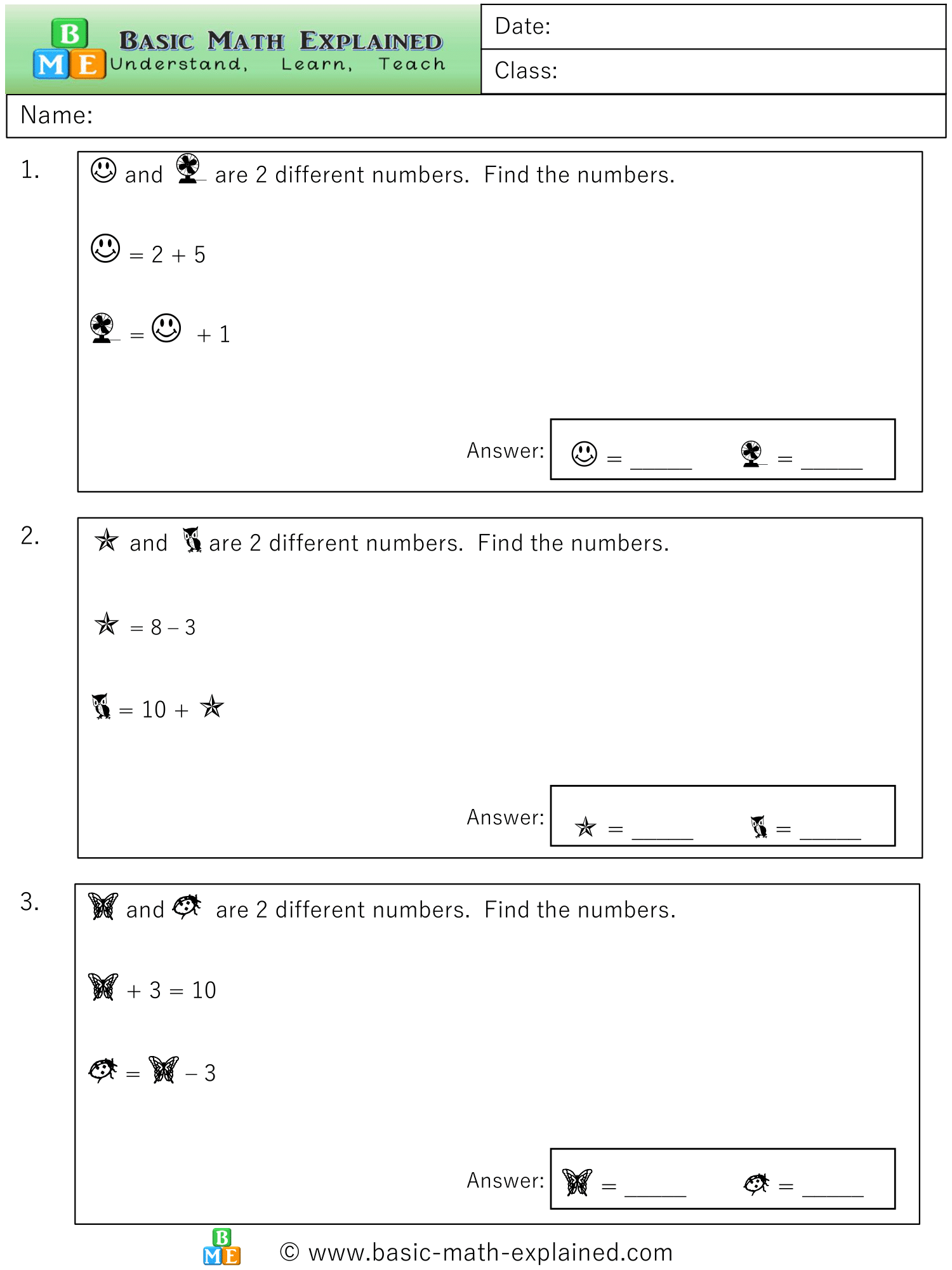 Here are 2 important terms for you to understand: Algebraic Expression and Algebraic Equation.

In the previous example, N + 9 is called an algebraic expression because N can represent any number.

In an equation, N represents a specific number, not any number.

An algebraic expression tells us the relationship between numbers.

Since the letters used in algebra are numbers, we can work with them in the same way that we work with numbers.

This means that a number added to itself gives an answer that is twice of the number.

If you are not sure, just substitute actual numbers as M:

It does not matter what number you chose for M, the result will still be twice of that number.

Just make sure that the letter used in algebra is the same.

but R + T = 2RT is not true because R and T represents two different numbers.

When working with Algebra and Numbers we have to work them out separately.

Remember that the usual Rules of Operations apply when working with algebra.

Try out these algebra questions. 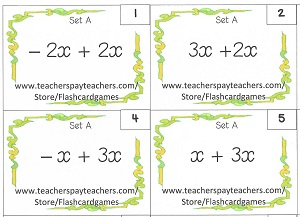